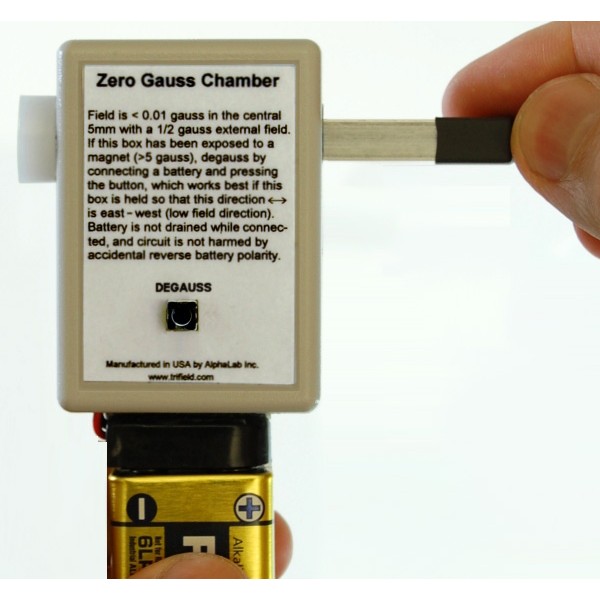 The model ZGC zero gauss chamber reduces the environmental magnetic field (Earth field) to near zero inside the chamber. Any gaussmeter probe which is less than 9.4 mm or 0.370" diameter can be placed inside. The meter is then "zeroed", which means that it will read zero whenever the probe is subsequently placed in zero field. By using a zero gauss chamber, any offset error is therefore eliminated. The model ZGC is unique in that it contains a degausser (demagnetizer). This is situated between the inner and outer mu-metal shields. When the degauss button is pressed, any accidental magnetization of the chamber, no matter how strong, is erased. Accidental magnetization is a major problem with most zero gauss chambers and it has limited their use. If a magnet comes too close, the chamber will become "permanently" magnetized and will have an internal field that is typically 0.2 to 0.5 gauss. The chamber must then be degaussed because the Earth field is also around 0.5 gauss, so a magnetized zero gauss chamber will not significantly reduce the field.

Demagnetizing a zero gauss chamber with an external degausser is difficult, even if a degausser is available. Often an external degausser is not strong enough to erase the magnetism of the inner shield, and using a degausser (which is fairly large) is not convenient. When using the ZGC, a single press of the degauss button brings the internal field to less than 0.01 gauss (in all three axes) within a 5 mm wide x 9.4 mm diameter region in the center of the chamber. While the battery is connected, no power is consumed except when the degauss button is being pressed. Even then, a typical 9 volt battery (included) can power over 10 million degauss cycles. After degaussing, the field is < 0.01 gauss regardless of the orientation of the chamber (within the Earth field). If the long axis of the chamber (left-right direction in photo below) is specifically oriented east-west during the degauss, the internal field will be < 0.002 gauss, although most gaussmeters do not require that degree of precision. 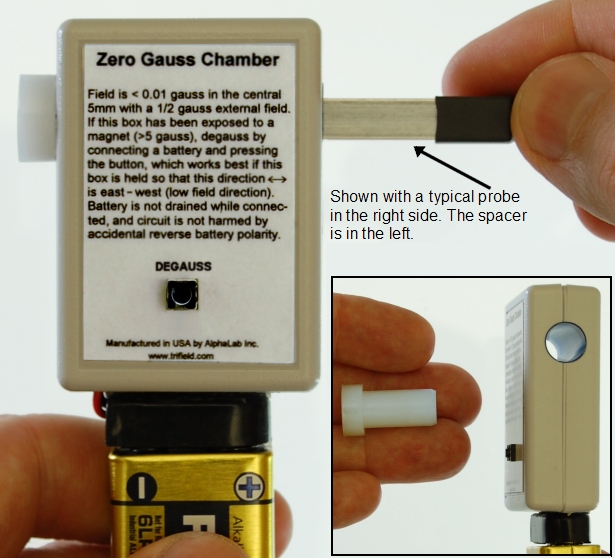 The white cylindrical spacer (shown in hand above) is included. It is used as a "stop" to center most gaussmeter probes in the zero gauss region. It allows the end of a probe to be inserted 1.6 mm past the centerline of the chamber. This is the appropriate distance for exact centering of all AlphaLab gaussmeter probes, including axial, transverse, universal and 3-axis. The spacer can be inserted in either side (the chamber is symmetric).

GM1-ST DC 가우스미터
The Gaussmeter Model GM1-ST measures the field of even the strongest magnet (to 20kG) down to fine resolution (0.1G). Fe… 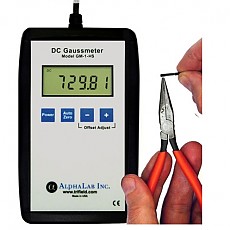 GM1-HS DC 가우스미터
The Gaussmeter Model GM1-HS reads moderate-strength static magnetic fields up to 800 G with a resolution of .01G. It mea… 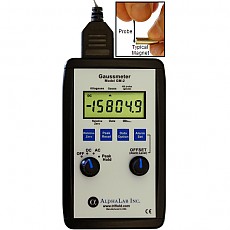 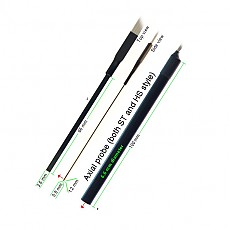 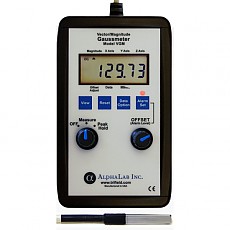 VGM 3축 가우스미터
Displays X,Y,Z and magnitude of magnetic field, for rapid mapping and measurement of magnetized materials. Range is 799.… 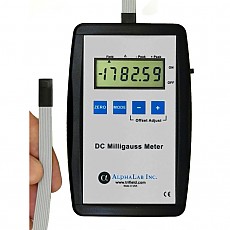 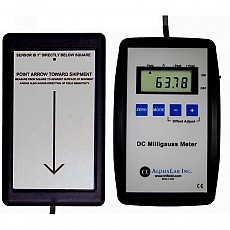 항공화물 밀리가우스미터
This meter is used to verify compliance with IATA, IACO and FAA regulations on magnetism from packages to be shipped by … 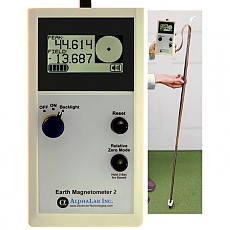 자연 전자기 (EM) 측정기
The Earth Magnetometer Model EM2 measures the Earth magnetic field with a resolution of 1nT (1 gamma). This resolution i… 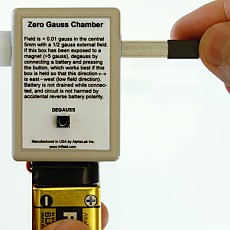 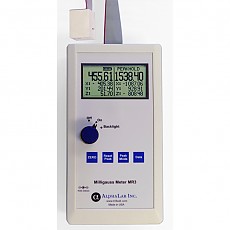 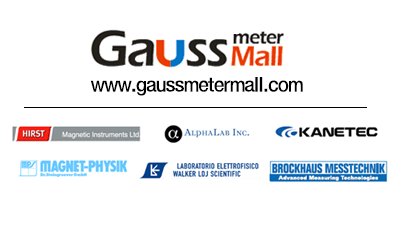 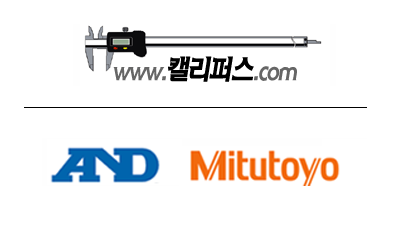